We find that the tracker generates tracking positions in the database with a speed far above the position path, the information is in the "speed" column of the "tc_positions" table, I believe it must be due to GPS or device failure.

I would like to know if there is a way to identify this faulty position recorded in the Traccar database? Or if there is any way to perform the correction of records in the database that are of invalid speed through a database procedure or a system routine.

In these speeding positions, I will need to discard the overspeed report for a given tracking period.

I have for example an overspeed within an industrial area where it is impossible for the vehicle to reach that speed in that location.

Example 01: Impossible speed in the industrial area, which was 171 km / h.

Example 02: Image of the report developed in the company using Traccar's database (MySQL). 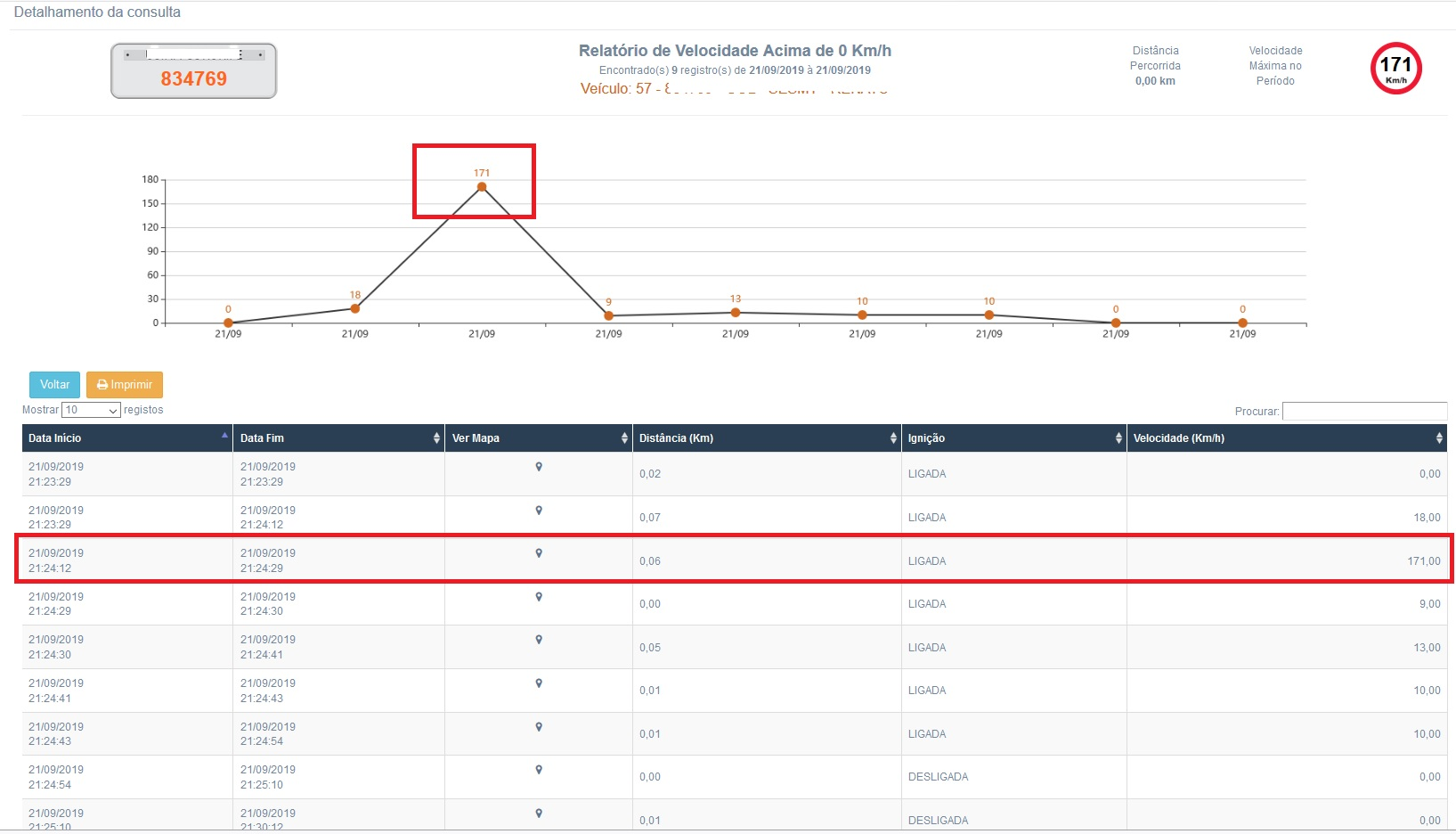 Example 03: Invalid Speed ​​where previous and current speed is far below the achieved speed of 158 km / h 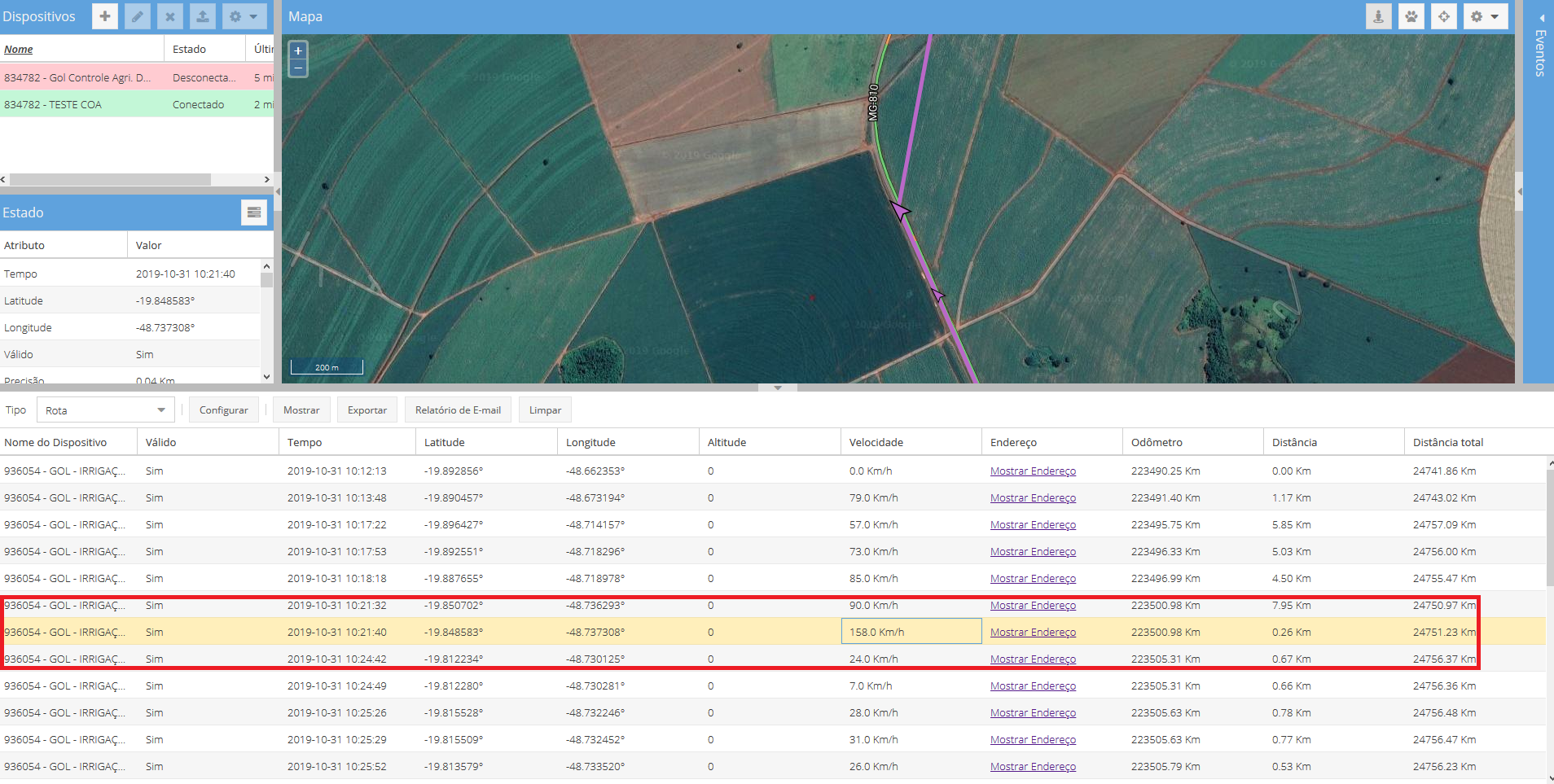 I thank you for your help;

I don't think there's any existing filtering for it, but you can manually remove those from the database.

Would you have a way to recalculate the average speed using the previous position?